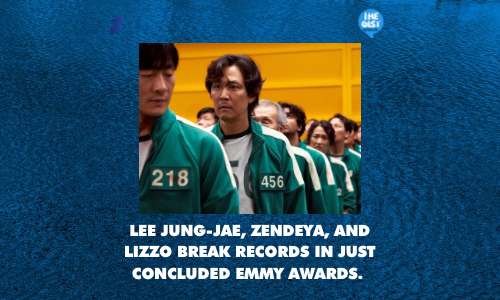 Lee Jung-jae, who played the lead role in “Squid Game”, is the first Asian actor to win the Emmy for best actor at the 74th Primetime Emmy Awards. The 49-year-old South Korean actor beat seasoned actor Brian Cox of Succession to win Outstanding Lead Actor in a Drama series.

Lizzo clinched her first Emmy award as “Lizzo’s Watch Out for the Big Grrrls” won Outstanding Competition Programme, while Zendeya won Best Lead Actress in a drama for her role in “Euphoria”, making her the youngest two-time Emmy award winner.