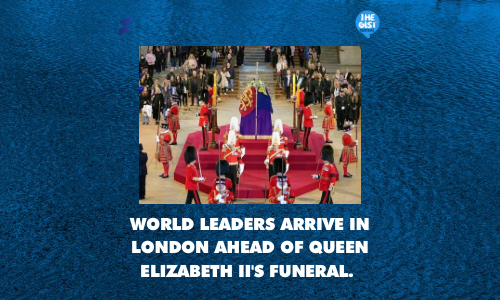 Vice President of Nigeria Yemi Osinbajo, President of the United States of America, Joe Biden alongside 500 other heads of state and foreign dignitaries will attend the funeral of Queen Elizabeth II today.
This can be identified as a gathering of world leaders not seen for decades.

VP Osinbajo, President Biden as well as the prime ministers of Canada, Justin Trudeau; Australia, Anthony Albanese, and New Zealand, Jacinda Ardern, are already in the UK ahead of the funeral.

Members of royal families from across Europe will also be present.

World leaders who visited Westminster Hall to witness the lying in state alongside the VP included Trudeau; Biden and Macron, among other royals and Heads of State and governments across the world.

What is the difference between a one-night stand and a quickie?